„Play this original arcade game and fight wave after wave of cruel, challenging and ever changing enemies. Wield powerful weapons as you strategize to find the best method to defeat the invaders while protecting the core. With many upgrade paths to choose from, various endings and secrets to unlock, Devader offers endless possibilities and hours of game play. 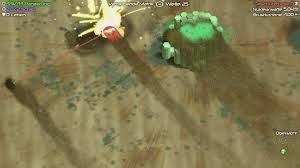 – Many powerful, strategic weapons to choose from
– Specially tailored upgrade paths enabling different play-styles
– Various endings and secrets to unlock
– Online leader board to challenge your friends
– 5 difficulty ratings, from beginner to bullet-hell god
– Adaptive environment: No play-through will look the same
– Play with mouse & keyboard, keyboard only or your gamepad
– Local cooperative multiplayer with up to 8 gamepads

Save a civilization on the brink of destruction 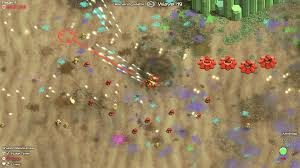 Space is vast and endless. Full of beautiful planets, wonders and life forms. The Krin, a mysterious species of all-devouring aliens have launched a merciless invasion. Defend the last remnants of an ancient civilization against unrelenting waves of malignant Krin. You are the last hope! 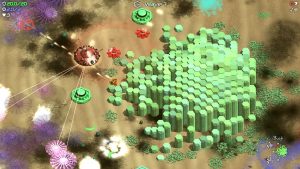 Fight against the Krin’s champions, ominous monsters demanding everything from your battle skills and strategic wit. The bosses attack with tentacles, lasers, thunder beams and millions of projectiles. Will you be able to defeat them?

Play with your mates

Play with up to 8 friends! All you need to turn Devader into an awesome local couch co-op experience are some game pads. And of course friends.“